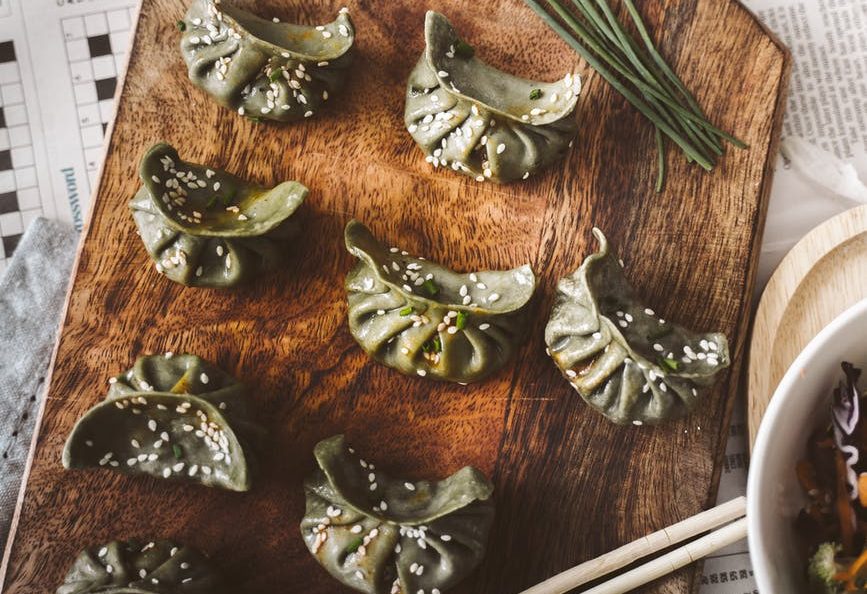 Cooking Up Some Love During Quarantine

Featured on The Mighty

I watched my friend grab a piece of pizza from its cardboard box and pass it to my 7-year-old. Noticing the long strands of melted cheese dripping off both sides, I presumed he would reject it, which he confirmed in perfect synchronicity with my assumption. “I don’t want pizza, mom,” Brody said. I knew this wasn’t exactly true; he wanted pizza, just not that particular piece. I rescued the cast-off and put it on my own plate, cutting a new slice in its place. This time, I was careful to ensure the edges were harmoniously even, and my son took a bite, giving an enthusiastic thumbs-up of approval. This scenario is typical for us, and if I come across as a pushover, trust me- it’s a bit complicated.

More Than a Picky Eater

I’ve always loved to cook and bake, testing out new techniques often. Putting my personal spin on recipes is a great outlet for my creative side. Trying new, yummy foods is an obvious perk, but most of all, I love the act of feeding people, because it’s a meaningful way to express affection and appreciation for my loved ones. Since my kid turns up his nose at pretty much everything I make these days, I don’t experiment as often as I’d like; I stick with the tried and true foods he actually consumes.

Brody is not just a picky eater; he has Sensory Processing Disorder (SPD). Kids with SPD can be oversensitive to different elements of their environment, for example, noise, clothing, and food. Among other things, Brody has an extreme sensitivity to food textures. As a result, he prefers foods that are predictable and uniform in consistency, like crackers, chicken nuggets, peanut butter, and applesauce (when he started eating quesadillas and turkey sandwiches a few months ago, it was a really big deal). He’s becoming more adventurous over time, but more often than not, he involuntarily gags when tasting something new. Brody turns down any food he judges atypical or malformed, be it a misshapen berry or even a pancake with slightly asymmetrical borders. For this reason, expanding my son’s palate is a herculean task.

The Film Bao and My Impending Empty Nest

When it comes to introducing new foods, I’ll take the smallest window of opportunity and run with it. Recently, Brody and I watched Disney Pixar’s “Bao,” a short animated film in which a Chinese mother, whose adult son has moved out on his own, imagines the bao (dumpling) she’s about to eat comes to life. Bao quickly becomes a replacement for her grown child, transforming into a most cherished companion. https://www.youtube.com/watch?v=7rspQR7rhf0.

I originally viewed “Bao” some time back at the theater, prior to the feature presentation we’d gone to see, but, being distracted with the more pressing job of pouring m&ms on my popcorn, I didn’t pay much attention. This time around, I was fully present, and with emotions ripened by pandemic stress, my eyes quickly welled up with tears. I recognized the metaphor in the story of Bao, a beautiful rendition of the inevitable transition from childhood to adulthood. Bao, once lovingly attached to their mother, eventually grows up, pushing boundaries tentatively at first, then enacting a full-out rebellion, finally fleeing the safety nest of home in quest of independence. With this new perspective, I appreciated the parallel to my own life held within Bao’s story. My child still adores me and craves time together, but I know that ultimately, one day, he will leave, ready to spread his wings and fly. I accept and encourage this passage, yet my heart can’t help but ache in silent trepidation over the changing dynamic that is motherhood.

A Lasting Moment to Savor

After the film, my son found a recipe for bao buns (courtesy of Pixar) and asked if we could make them https://www.youtube.com/watch?v=K2DbCilk8oA.

I was over the moon to share this cooking experience with Brody, plus it was a fun way to encourage him to eat something new. After gathering the necessary items, we measured out each ingredient, letting the dough rise in our pantry while we mixed together pork and cabbage filling. Brody helped eagerly with each step of the dumplings’ construction, a process that was easy to follow, but time-consuming. I relished each moment of the bao-making process with my son, contentedly rolling out dumpling after dumpling while he scooped small rounds of filling into each. We steamed batches of bao in a bamboo basket specifically purchased for this purpose. The finished product was delicious, a hit with everyone (the recipe yields 30-40 jumbo-sized dumplings).

More than a mere culinary adventure, this day spent in the kitchen with my son was a precious moment in time I will savor for many years. I know the day will come when I find myself navigating an empty nest of my own, and this memory will carry me through.