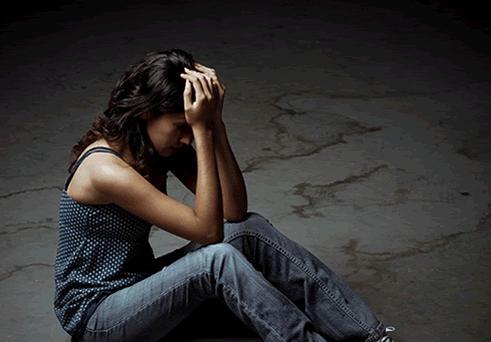 Posted on June 14, 2018March 7, 2020
Today’s youths are immersed in a world that is technological, fast paced, and sometimes, just cruel. A so-called culture of violence is portrayed in video games and echoed in today’s media. Most youth are exposed to music and television which promote the use of drugs and alcohol and present suicide as a solution to problems. Some suggest that 15 years ago there was not as much hostility in the world which exists today.

No age left behind
What we do know is suicide is affecting our youth much more than generations before. Suicide among teens and young adults has nearly tripled since the 1940’s. In two days this month, June 5th and June 6th, 2018, two successful and well-established humans, Kate Spade and Anthony Bourdain, both committed suicide. We often think of suicidality affecting our children and teens, but it affects people of all ages. It affects people who are so anxious or so depressed that they feel that the only way out is to bring their life to an end.
According to the CDC, Suicide is the third leading cause of death for youth between the ages of 10 and 24, and results in approximately 4,600 lives lost each year.  Remember Mallory Grossman, a young 12-year-old middle school student who was bullied and brought her life to an end on June 14, 2017? Suicidality knows no age.
Suicide does not discriminate, but some groups are at higher risk than others. Boys are more likely to go through with suicide. Girls, however, are more likely to report attempting suicide and expressing suicidal ideation than boys.
A nationwide survey of high school students in the U.S. found Hispanic youth were more likely to report attempting suicide than their black and white, non-Hispanic peers. Moreover, The Office of HIV/AIDS Policy on Bullying and Teen Suicide reports that gay, lesbian, bisexual teens are seven times more likely to have reported attempting suicide than their peers (2010).

The Teen Years
The teenage years can be a tumultuous time for many young people and their caregivers. Teens are balancing peer relationships, academics, body image, emotional instability, bullying, and not to mention developmental and hormonal changes. All issues that can prove to be confusing and unsettling for many teens.
As parents and caretakers, there are certain behaviors that are red flag warnings that our children are struggling.

Among younger children, suicide attempts are often impulsive. They may be associated with feelings of sadness, confusion, anger, or problems with attention and hyperactivity.
Among teenagers, suicide attempts may be associated with feelings of stress, self-doubt, pressure to succeed, financial uncertainty, disappointment, and loss. For some teens, suicide may appear to be a solution to their problems.

“13 Reasons Why”
With the release of Netflix’s drama 13 Reasons Why, researchers found a significant spike in internet searches using terms such as “how to commit suicide” and “how to kill yourself” for 19 days following the release of season 1 of “13 Reasons Why.”
Many experts warn that the show is doing more harm than good, and many families who have recently lost their son/daughter to suicide say the show triggered them. On the other hand, many people who support the show and say it raises awareness about the epidemic and loosely portrays the struggles that today’s youth experience. This community believes the show highlights the many layers that influence suicide in young teens, such as: bullying, cyberbullying, underage drinking/drug use, sexual assault, and guns in the home.
If your child has not yet watched this series, it is advisable to co-view the show with them. Co-viewing the show with your child can help you intervene and point out cyberbullying or sexual assault and ask your child if they have experienced this. If your child has already watched the show, take the time to discuss what he/she took away from the show. Discuss reality vs. fiction and how the show gives an unrealistic view of the help available for teens.

​How To Talk To Your Child About Suicidality
Despite what was portrayed in 13 Reasons Why, there is always help. Depression and suicidal feelings are treatable issues. In order for help to start, a parent or loved one will need to take notice of the warning signs and inform your child that resources are available. Suicide and depression are difficult topics to have with your young one, but it is imperative that you address the topic often and early on.
Ask your child,

Many youth who experience depression and suicidal thoughts feel isolated in their feelings and disconnected from those around them. Often times they feel misunderstood by adults, and therefore, rarely reach out for help.
As a parent, if you are open and honest about your feelings, it signals to your child that they feel understood and connected. Be available to have this discussion if it comes up, and try not to use judgment.

By knowing the signs, you increase your ability to open a dialogue that can prevent your teen from acting on his or her thoughts.

Resources:
Gomez, M. (2010). AIDS.gov. The HHS Office of HIV/AIDS Policy on Bullying and Teen Suicide
Suicide in Children and Teens: The American Academy of Child and Adolescent Psychiatry

Suicide and Suicide Attempts in Adolescents: The American Academy of Pediatrics