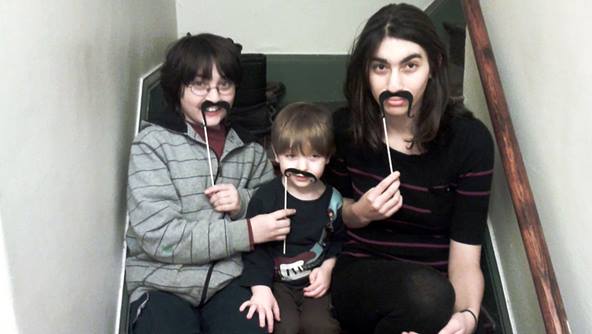 Posted on February 20, 2019March 4, 2020
I have three children. Two of my kids have autism, two have learning and attention issues, and one has neither. That sounds like the beginning of a brain teaser or a logic puzzle, but it’s not. It’s just my reality.

Recently, my younger son, Benjamin, was diagnosed with an autism spectrum disorder in addition to his ADHD and sensory processing issues. I’m still in shock from Benjamin’s autism diagnosis. And my shock surprises me. That’s because he’s not my first child to receive an autism diagnosis.

My other son, Jacob, was diagnosed the other way around–Asperger’s syndrome first, and then we learned later he has executive functioning issues, too. I didn’t struggle with Jacob’s autism diagnosis. In fact, I was relieved when he was finally diagnosed.

Before Jacob was diagnosed we didn’t have a way to frame his struggles. It was a years-long process of evaluation and of him struggling in school before we had some answers. So I was relieved that Jacob could finally get the supports and services he needed.

I was also relieved because none of us had to feel so alone anymore. There was an entire community of parents like us and kids like him.

​Why was I relieved with Jacob’s diagnosis, but now reeling with Benjamin’s?