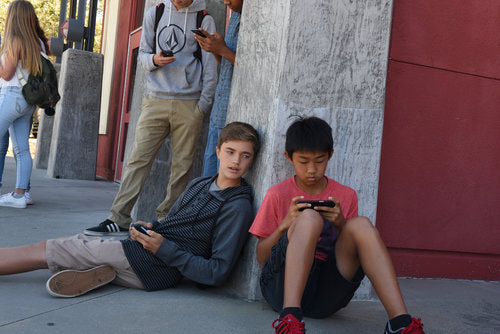 Posted on June 3, 2019March 4, 2020
Are youth more lonely now than in the past? I often wonder if this is true, especially when you see a group of teenagers hanging out together looking down at their phones.

We do know from Jean Twenge’s analysis of past surveys that adolescents’ feelings of loneliness increased sharply after 2011, which of course is when screen time was becoming more ubiquitous. And in her paper, Twenge reported that “adolescents low in in-person social interaction and high in social media use reported the most loneliness.”

Twenge is analyzing surveys of teens in 8th, 10th and 12th grades done year after year. In 2011 when asked if they agreed with the statement “A lot of times I feel lonely” 25% reported (the average of all grades combined) that they “mostly agreed or agreed.” Then, in 2015 that number went up to 31%. The 25% figure was fairly constant for the preceding 10 years and the 31% is the highest level since the survey began in 1991.

Loneliness is an emotion, and our emotions exist to teach us things. They give us information about our experience in the present moment. In the best case scenario, they are a buzzer that activates us to make a change. So if we have a sense that we are missing the company of others, i.e. a sense of loneliness, it is a signal to try to do something at that moment to lessen that unpleasant feeling. Maybe it’s to make plans or to do something in the future to reduce the feeling. Or, sometimes the best thing to do is just to sit with the emotion because there is nothing you can do about it. It is important that we talk to our kids about these feelings and discuss ways we can gain skills to manage them when they inevitably arise – and also assure them the feeling will pass.

What types of loneliness do you and your kids experience? There are many different variations. Here are some examples.

What does this mean for our teens and tweens? Are our teens lonely? Do they feel social on social media but, in reality, some more profound need is not being met? The more our kids interact with each other and adults in person instead of through their phones, the better off they will be. This means that we need to help them have times throughout their day when they put the phone down. At home, this can be screen-free dinners or family game nights. Without family, it can be collecting phones when friends come over. Or encouraging participation in sports or other activities that do not allow phones.